just a quick update on the destash sale. I’ve now added 36 different lots to my page on ravelry that I’m selling off including

and softest of all, Trendsetter Handspun Cashmere

All of them looking for a good home here

We moved house 3 weeks ago now and whilst I’m happy to have finished the seemingly endless unpacking it’s still a little strange getting used to living in a much smaller space. Imagine trying to cram the possessions of 2 die hard collectors previously spread throughout a 5 bedroomed house with cellars into a 3 bedroomed apartment converted from a Victorian bakery and you’ve got the idea.

I thought I’d done a pretty good job of hiding the true extent of my years of yarn stashing from Sam but when he asked me in the stunned tones of someone who can never understand what it is to knit ‘why do you have so much yarn?’ I found myself stuck for a truly convincing answer. I have no idea.

I got rid of a lot of yarn ~ or so I thought ~ about 6 months before the house went on the market but since them it seems to have ‘gone forth and multiplied’. Not just the odd ball either, I mean packs of some yarns and in the case of a particular shade of Rowans’ All Season’s Cotton, about 18 balls AND the back of a cardigan. Who am I kidding? I’m never going to knit this lot up, I very rarely knit for myself as I’m too busy designing for work, so I’ve taken the plunge and am selling it off. Yes it pains me to do it but it’s better that it goes to the home of someone nimbled fingered and caring enough to lovingly knit it up rather than keep it crammed in airtight boxes where it all currently lives.

So if you fancy a bit of a bargain I’ve added it to my Ravelry page here. If you’re interested in  a yarn and you’re a Ravelry user then message me through Ravelry. If you’re not on Ravelry, don’t worry you can email me through the website here.

The last few weeks have been extremely busy but thankfully both the major projects that I’ve been working on have been completed.

The first is the publication of ‘Collection One’ ~ my first venture into self publishing it’s a book of ten sock & accessory designs featuring Knitglobal‘s recently launched 4ply sock yarn.

I was asked by Knitglobal to be involved in selecting the colour range  and although you can probably guess which shades I jumped on first ( yes, that’s right the pink based Paradise and intensely hot Carnival ) the range also needed colours that would appeal to those less pink-obsessed than me ( like Trellis ) plus more sober & subtle colours that appeal to men ( such as Mountain and Dale). You can see the full range of colours here.

The designs in ‘Collection One’  are really aimed at knitters who have a good basic knitting knowledge as the projects cover a range of techniques including lace, beading ( of course ) short row shaping, cabling, stranded colourwork and intarsia. Having said that I’ve really tried to make the pattern instructions as clear as possible and I’ll be adding video tutorials here on the blog for some of the techniques used which should hopefully be helpful.

Here’s a taster of a couple of the projects, 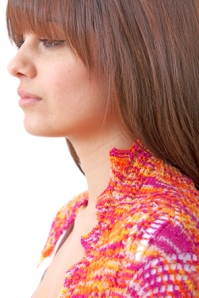 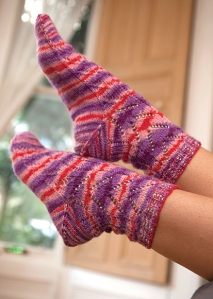 For much more information and of course to buy a copy of the book and some sock yarn, pop over to the website here

Less than a week after the book went to press we moved house which is the other major project I referred to previously. They say that a house move is one of the most stressful things you can experience ~ I beg to differ, we mostly did it ourselves over the course of a week and just used a ‘man with a van’ for the really large bits of furniture. What has proved really stressful is trying to cram the recently uprooted contents of a 5 bedroomed Victorian house into a recently renovated 3 bedroomed apartment. It hasn’t been easy and I’m still trying to fathom exactly why we have 4 vaccuum cleaners ( a Dyson, a Henry, a Kirby and a pull along Panasonic thing that smells of dog hair when you use it – which is odd since we’ve never had a dog..).

My new office is beautifully organised and it’s a pleasure to be working in it, I’m hoping this will mean I’m far better organised ( no doubt Katy & Emma at ‘Knitting‘ will be laughing at this bit) and the creative juices will continue to flow. One of the slightly embarassing things that has come to light because of the move is exactly how much yarn I’ve managed to stash over the past 20 something years. Yes, I know we all do it, but I’m at the stage where we’ve had to rent storage for what we thought would be a little bit of post move possession ‘overspill’ but has actually turned into a room that’s 75% occupied by my compulsive yarn hoarding. What does this mean? Well I’m planning to have an almightly crafty car boot in the next month or so. I haven’t quite worked out the details yet but spread the word, it needs to go and keep your eyes on this blog!

Happy knitting in the meantime 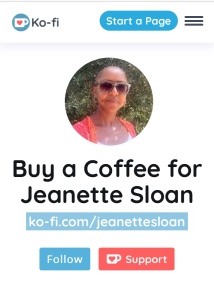 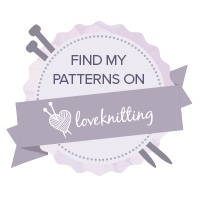